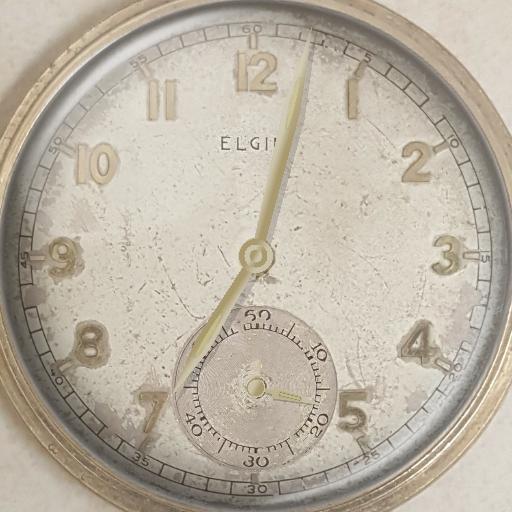 watchmaker built replica of Chris Chorneys Grandfathers Elgin Fob Watch. using portions from several photographs of the face with the glass front removed to reduce glare, I recreated the face, keeping the colour, patina/wear, and aging as true to the original watch as possible.

I added watchmaker built hands, utilising the shimmer effect created by Robert Szantai, and tried to closely match the colour of the numbers on the dial, as well as the original shape of the hands.

The second hand is custom made by myself, using both Watchmaker and Eraser, then the same shimmer effect was added once the hand was imported to the watch.

when the watch goes to dim mode, the hands become a faint green colour with a green glow, and the second hand is replaced by the battery meter again.