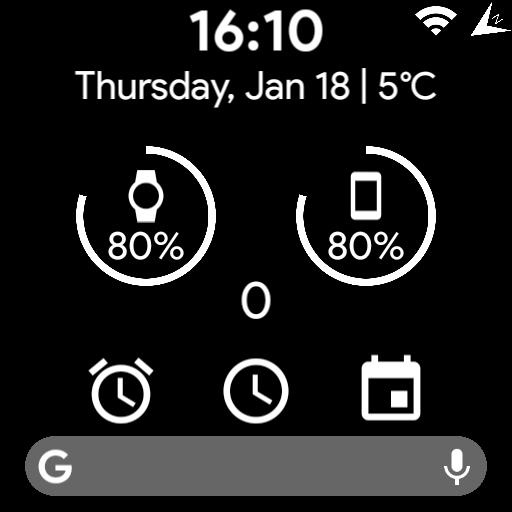 This minimal watch face replicates the home screen on Googles Pixel 2 phone, but with some watch-orientated tweaks.

2.0.0 - Watch face will now follow the Pixel 2 UI instead of the original Pixel. This includes

- The new date and agenda at the top

- A search function at the bottom

- A few other minor tweaks

2.0.2 - Bugfixes and other small improvements

2.0.4 - Bugfix to the agenda. If an event had an apostrophe in its name, it would look messed up. This has been fixed

2.0.5 - Changes to the battery indicator. Instead of becoming green when the respective device is charging, it now remains white but has an animation.

Pixel Home Plus for round watches